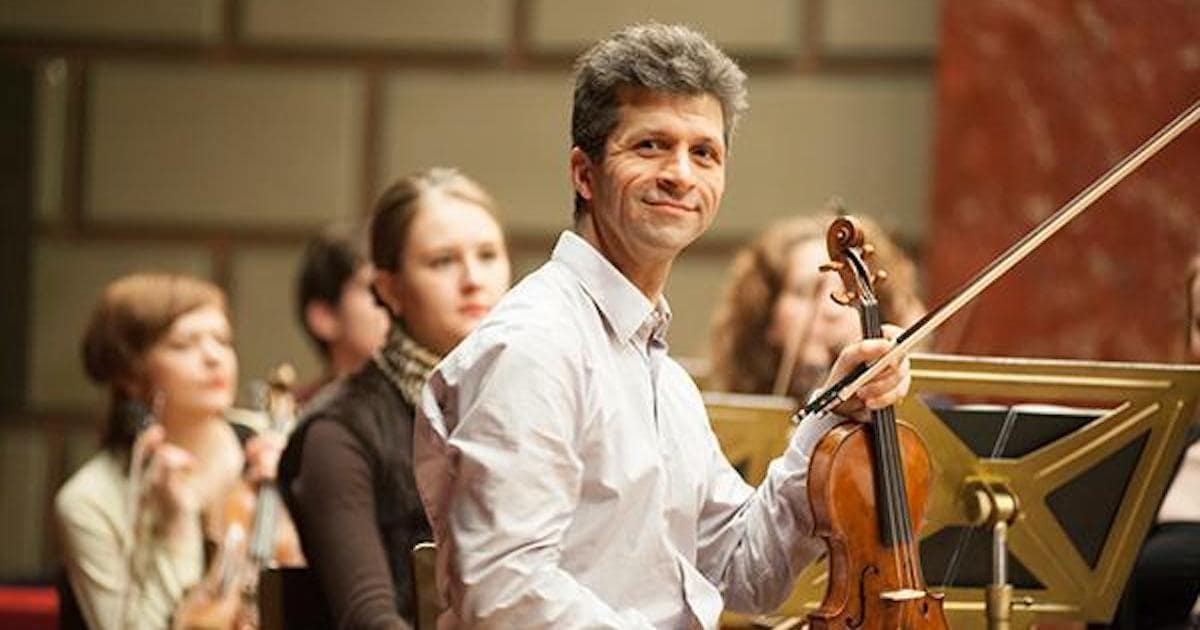 As an appreciated soloist and refined chamber music player, Bogdan Zvoristeanu has been invited to perform at concerts and festivals in Japan, China, South Korea, Canada and South America as well as in Europe.

Born in Bucharest, Bogdan Zvoristeanu began playing the violin with his father, Radu Zvoristeanu. Later he accomplished his studies at the Academy of Music in Bucharest and the “International Menuhin Music Academy” (IMMA) Gstaad/Blonay. In his artistic development he was influenced by Radu Zvoristeanu (the father), Stefan Gheorghiu and especially Alberto Lysy.

After his studies, Bogdan Zvoristeanu became First Concertmaster of the Südwestdeutsches Kammerorchester Pforzheim where he recorded a live CD of the Four Seasons by A. Vivaldi, as the soloist.

Moreover, Bogdan Zvoristeanu served as a teacher at IMMA and held Masterclasses in Germany, Switzerland, South Korea, Spain and Romania.

For the celebration of the 30-year Anniversary of IMMA in 2008, he recorded the complete Sonatas and Partitas by J. S. Bach with “Dinemec Classics”.

Since 2006, together with the world-renowned guitar player Alessio Nebiolo, Bogdan Zvoristeanu performs the “Duo Dansio”. Their warm sound has been enjoyed in concert halls and recorded with remarkable success, in several European countries.

In 2007 Bogdan Zvoristeanu cofounded the string ensemble “Tharice Virtuosi”. This exquisite chamber music group, is composed by former students of IMMA, who have achieved outstanding musical careers around the world. In 2012 they recorded a CD with the octets by M. Bruch and J. Svendsen, for “Claves” which was particularly acclaimed.

Some of Bogdan Zvoristeanu’s concerts and recitals have been recorded live and broadcast by the Cultural Radio of Romania, the Radio Suisse Romande, the BBC and the NRK among others.

Since 2002 he occupies the position of the First Concertmaster of the famous “Orchestre de la Suisse Romande” - Geneva, Switzerland.