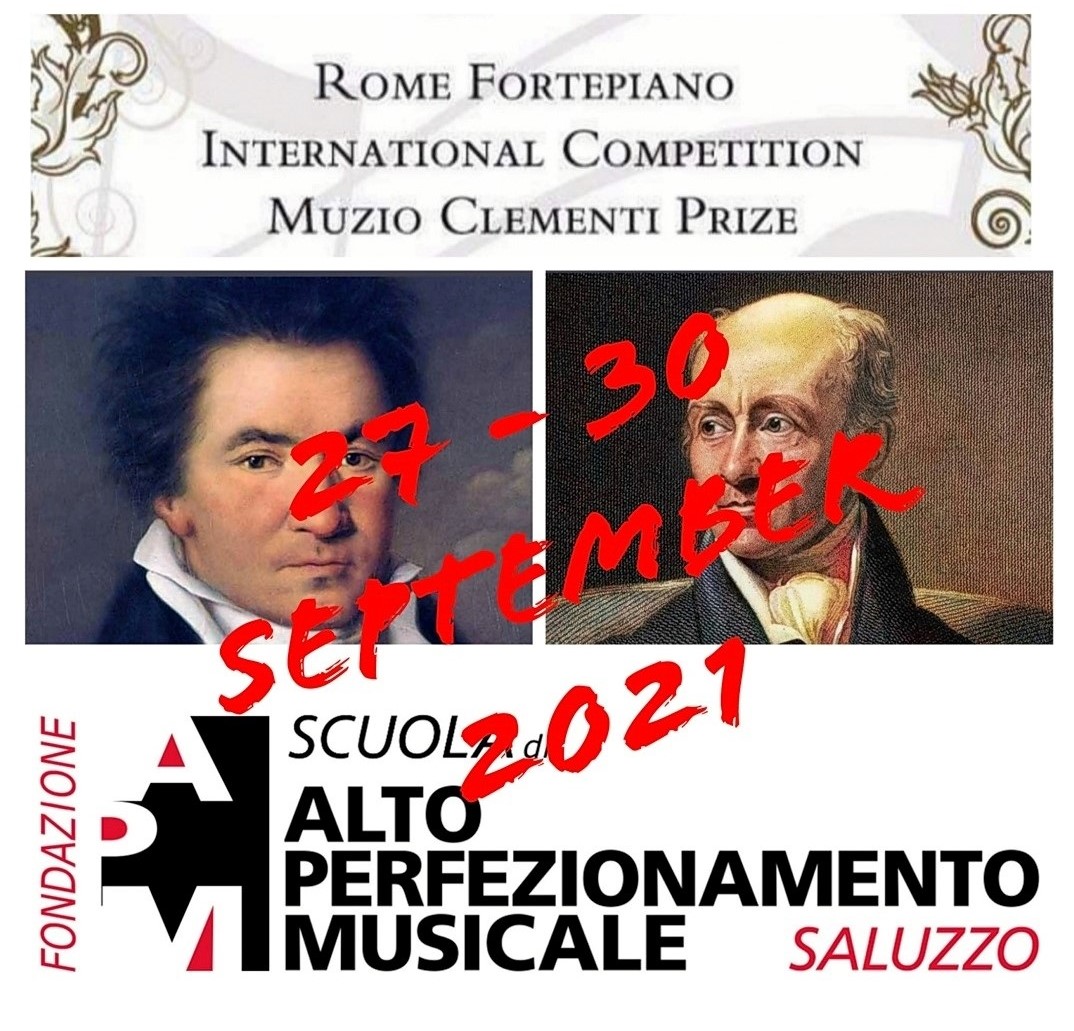 The fourth edition of the “Rome Fortepiano International Competition - Muzio Clementi Prize” will take place in Saluzzo from 27th to 30th September. The Competition was born in Rome in 2013 under the auspices of the Roman Philharmonic Academy. It is dedicated to Muzio Clementi and the historically informed performance of his compositions.

This edition – which should have taken place in 2020 – is also dedicated to Ludwig van Beethoven. In homage to the Alvini Collection, kept at the APM Foundation, this edition will be hosted in Saluzzo. The winner of the competition will receive a contract with the label Aulicus Classics for the recording of a CD which will be published in our catalogue.

Knowledge of appropriate rules and keyboard methodology, together with coherence of performance and inventive ability, are the criteria to be used by the judges to select the sole winner of the “Rome Fortepiano International Competition - Muzio Clementi Prize”. This edition includes a jury of Critics who will identify the finalist competitor. Nicola Gallino, Camille De Rijck and Luca Chierici will be part of it.

Some of the foremost figures in historical piano music are supporting the competition as members of the Honorary Committee and the Jury Prizes.
The Jury is composed as follows:

For the Winner, the following Academic Institutions have already confirmed their availability for a recital:

Applications must be sent by 7th September 2021 by email to the following address: clementicompetition2020@gmail.com