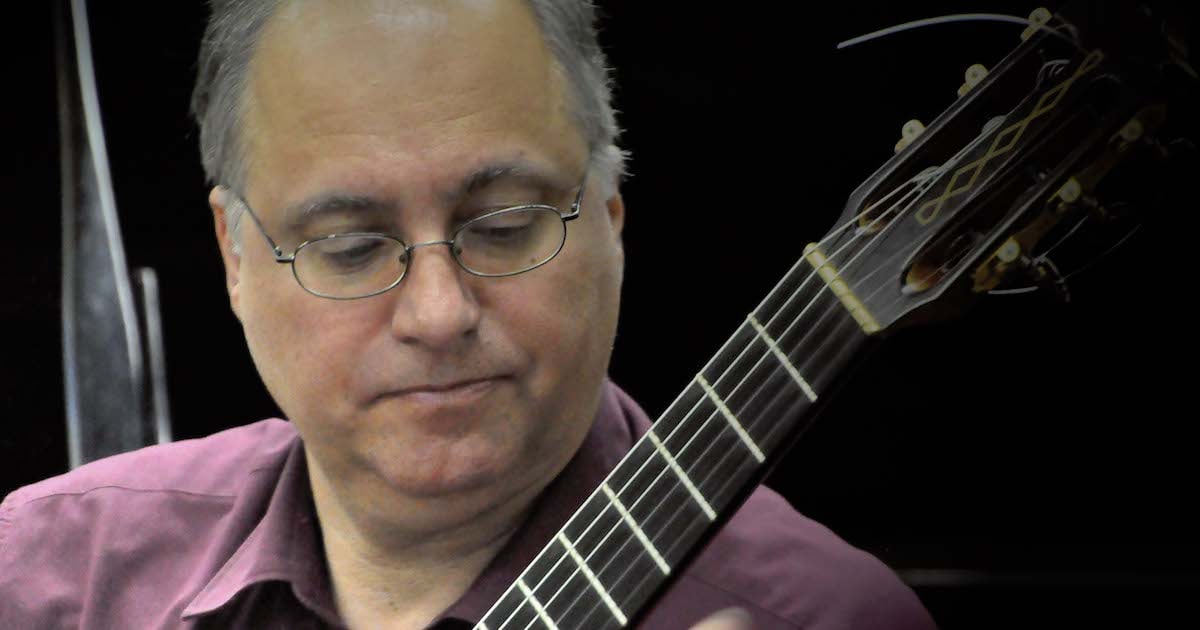 Born in Rome, he has over thirty years of concert performance to his name. His research has focused, above all, on historical 20th century music and contemporary repertoire.

His discography is very broad and eclectic: Platero y Yo by Mario Castelnuovo-Tedesco with the actor Alessandro Haber for the Niccolò Guitart collection, and Il Novecento for flute and guitar with flautist Miriam De Vero for Phoenix Classics.

He has recorded, revised and published numerous passages by contemporary composers for the Domani Musica editions, many of them dedicated to him, collected on two CDs: Portraits and Dialogues. For RAI, he has recorded the Sonata "homage to Boccherini" by Castelnuovo-Tedesco, studies by Angelo Gilardino and by Heitor Villa-Lobos.

He collaborated with the Teatro di Roma in the show The memories of Adriano with Giorgio Albertazzi, directed by Maurizio Scaparro. He has performed Heitor Villa-Lobos' complete solo guitar work in concert, in various Italian cities.

He has given courses and masterclasses for various institutions and academies. He holds a professorship in guitar at the "Nicola Sala" Conservatory of Benevento.