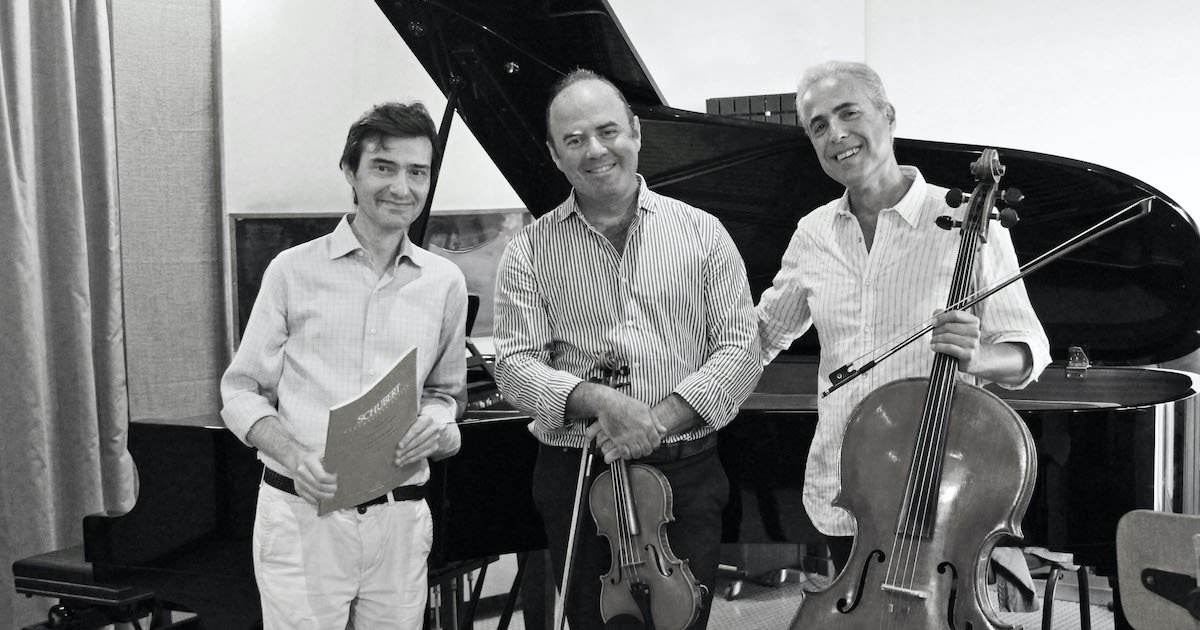 Alberto Mina is the section leader of the second violins in the Accademia Nazionale di Santa Cecilia symphony orchestra. He studied violin at Conservatorio Santa Cecilia of Rome with Yvonne Ekman, and graduated with top marks. Then he studied with Pavel Vernikov at the Accademia di Alto Perfezionamento in Portogruaro. At age of 22, he was selected to become a member of the Orchestra Nazionale di Santa Cecilia and then he toured with the orchestra in the most famous concert halls of the world (in Europe, Asia, Russia and the USA), with the foremost conductors of the day (including Karajan, Giulini, Sawallish, Pretre, Temirkanov, Gergiev, Chung, Maazel, Gatti  and Pappano). He has performed many times in Santa Cecilia’s chamber music season with soloists like Chung, Kavakos, Batiashvili, Brunello, Lonquich and Pappano.

He contributed to the spreading of the Ad’agio concerts created by Andrea Apostoli, based on E. Gordon theory, performing many concerts in the Auditorium Parco della Musica in Roma.

He is Concertmaster and solo violin of the Orchestra of Cappella Ludovicea in Trinita’ dei Monti Church in Rome.

As soloist, he has recorded the Musical Offering by Bach with Ramin Bahrami for Decca and, in 2017, Saint Saens’ Carnival of the Animals with Martha Argerich and Antonio Pappano (Warner Classic).

He plays a 1950 “Marino Capicchioni” violin.