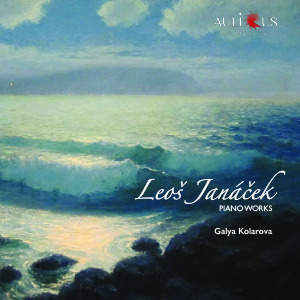 Leoš Janáček (1854-1928) has been characterized as a composer who bridges the worlds of the Romantic and Avant-Garde. Janáček's Piano Sonata 1.X.1905 "From the Street" was intended as a reaction to the death of František Pavlík (1885-1905), who on 1 October 1905 was bayoneted to death during demonstrations in support of a Czech university in Brno. The little pieces of the cycle On an Overgrown Path contain distant memories. At first On an Overgrown Path was a collection of six harmonium pieces. By 1908 the cycle had grown to nine pieces, and was by then intended for piano instead of harmonium. It was in the spring of 1912 that Janáček completed the piano cycle In the Mists. All four parts of the cycle are largely written in "misty" keys with five or six flats. “Zdenka” Theme and Variations is a work which embraces the traditional tonal, Romantic style, but also uses folk elements and harmonic traits which anticipate Janáček’s later compositions.