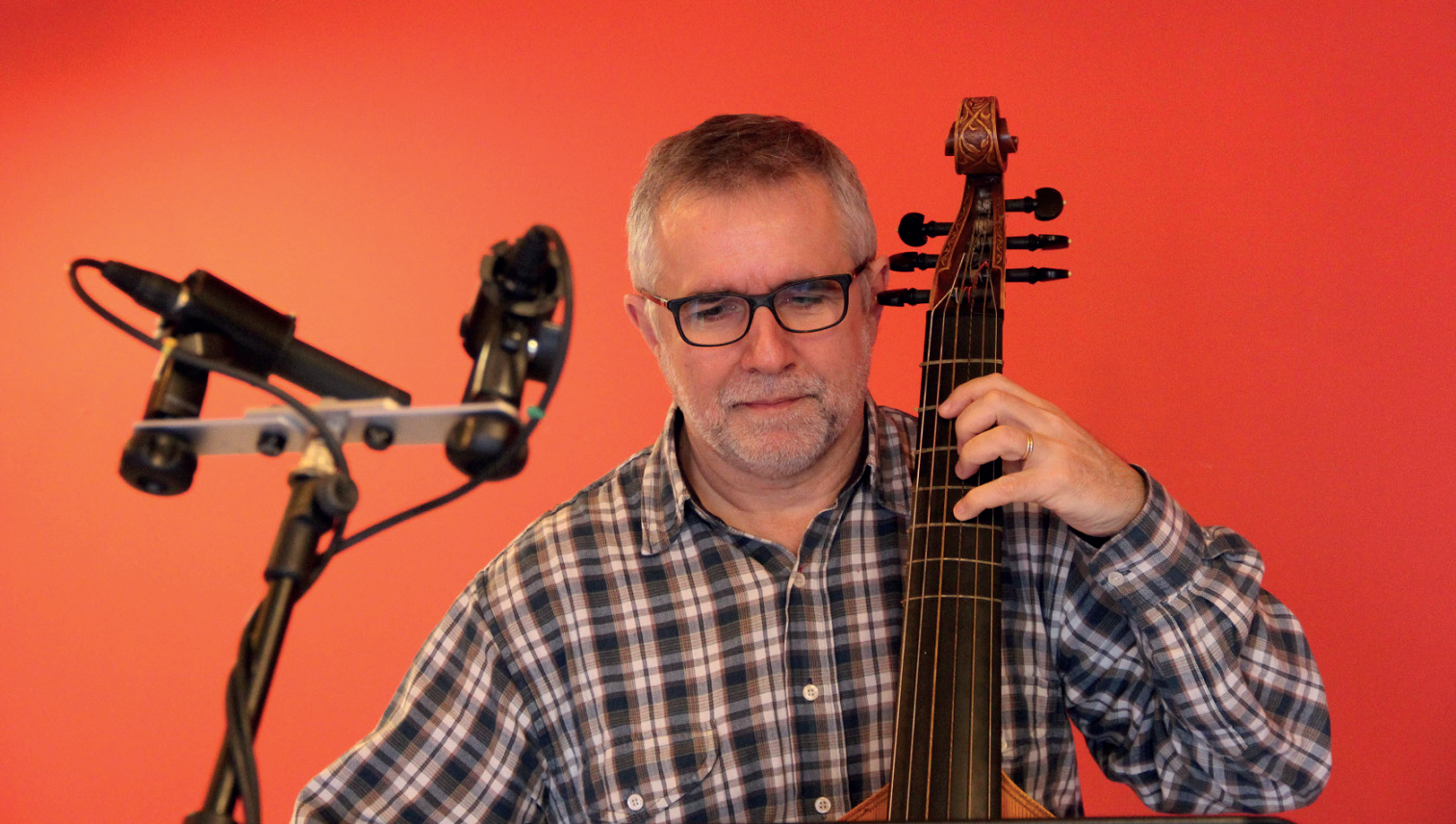 Roberto Gini studied cello at the Conservatorio G. Verdi in Milan with Attilio Ranzato. He later specialized in the technique of historical instruments, studying viola da gamba at the Schola Cantorum Basiliensis (Basel) with Jordi Savall, with whom he graduated in 1980, as well as attending chamber music courses held in Salzburg by Nikolaus Harnoncourt.

Violist, cellist and conductor, Roberto Gini has carried out an important concert and recording activity as an instrumentalist: with Laura Alvini, Wieland Kuijken, Anner Bijlsma and other concert performers and as a member of ensembles, among which is the long collaboration with Hesperion XX, from 1977 to 1986.

Roberto Gini founded, in 1985, the ensemble CONCERTO with which he realized several productions related to his research activity.

Among these are the first complete recordings of the VII libro di madrigali (Tactus 1989) and of Selva Morale & Spirituale (Amadeus 1993) by Claudio Monteverdi, a composer to whom Gini has dedicated a large part of his career; the rediscovery and first recording of the collection Affetti Musici by Giulio Cesare Monteverdi (Astrae-Auvidis 1996); La Maddalena a' piedi di Cristo by Giovanni Bononcini (Universal 1998, winner of the Premio Internazionale del Disco of the G. Cini foundation in Venice in 1999), as well as the first recording that collects the sacred music of Monteverdi not included in the three printed collections of 1610, 1640 and 1651, for the first time reunited in a double CD (Dynamic 2004) in which two unpublished compositions stand out, recorded for the first time ever.

On the occasion of the fourth centenary of the printed edition (Venice 1610) Gini has published the complete recording of Monteverdi's Vespro della Beata Vergine and Messa In illo tempore (Dynamic 2010), the result of twenty years of study and research.

Recent are the latest instrumental recordings of the ensemble CONCERTO: one dedicated to John Jenkins and William Lawes and another monographic on Carlo Farina, which is published by AULICUS CLASSICS

Roberto Gini was entrusted with the musical direction, on February 24th, 2007 in Mantova, of ORFEO by Claudio Monteverdi, on the occasion of the anniversary of the first performance which took place on the same day in 1607 at the Ducal Court.

Roberto Gini is Honorary Professor at the Israeli Conservatory of Music in Tel Aviv and holds courses and masterclasses in Italy and around the world.

He has recorded for labels such as Tactus, Astrée-Auvidis, Accord, Stradivarius, Nuova Era, Glossa, Dynamic, Olive-music, Et-Cetera. With the label Aulicus Roberto Gini has undertaken a collaboration projected into the future and that has already seen the publication of several recordings.

On viola da gamba he has released interesting and award-winning recordings of music for Viola Bastarda, for Division-Viol (the first ever recording of Henry Butler's compositions), a CD dedicated to John Jenkins in duo with Wieland Kuijken and a disc of music for solo viola of the Anglo-French 17th century.

With his quartet, IL CONCERTO DELLE VIOLE, he recorded instrumental music and Consort-Songs by William Byrd and his contemporaries as well as a monographic collection of compositions by Carlo Farina.

He collaborated for a long time with the actress Valentina Cortese, with whom he brought on tour a successful show on a text by Alda Merini and realized a project on the Lamento di Arianna by Claudio Monteverdi.

He continues his concert and recording activities as a soloist on viola da gamba and as a conductor.

Jordi Savall said about him: "I taught Christophe Coin, Paolo Pandolfo, Roberto Gini. I've had about thirty pupils, but only a few of them really made a great career. It is one thing to be a good musician, another to live music like a missionary" (Avvenire, February 13, 2018).