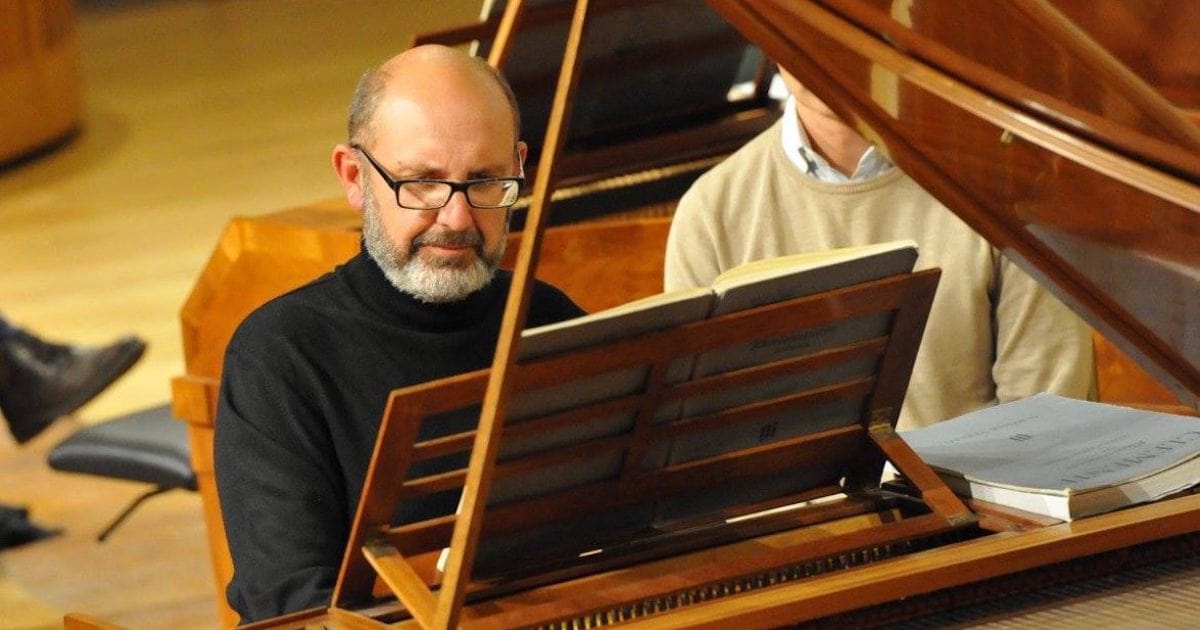 Today, Costantino Mastroprimiano represents a peculiar personality in the early piano scene. After studying piano and chamber music with M. Marvulli, Guido Agosti and Riccardo Brengola, he decided to dedicate himself to the study of the Fortepiano (early piano).Given his research results, he was invited to Festivals and Events in Europe and recorded a varied discography (Tactus and Brilliant Classics).

Of a particular relevance are the integral recording of Muzio Clementi’s Sonatas (18 CDs) and Hummel’s Sonatas (3CDs) for Brilliant Classics, for which he also recorded compositions by Chopin, Alkan, Burgmüller, Staehle, Moscheles, Ries and Hummel.

He plays a duet alongside the cellist Marco Testori, as well as performing in a trio with the latter and Stefano Barneschi.Together with Testori he recorded Ludwig van Beethoven’s Sonatas and Variations for the fortepiano and cello for Brilliant Classics.

For Aulicus Classics, he carried out the integral recording of Ludwig van Beethoven’s piano Sonatas.