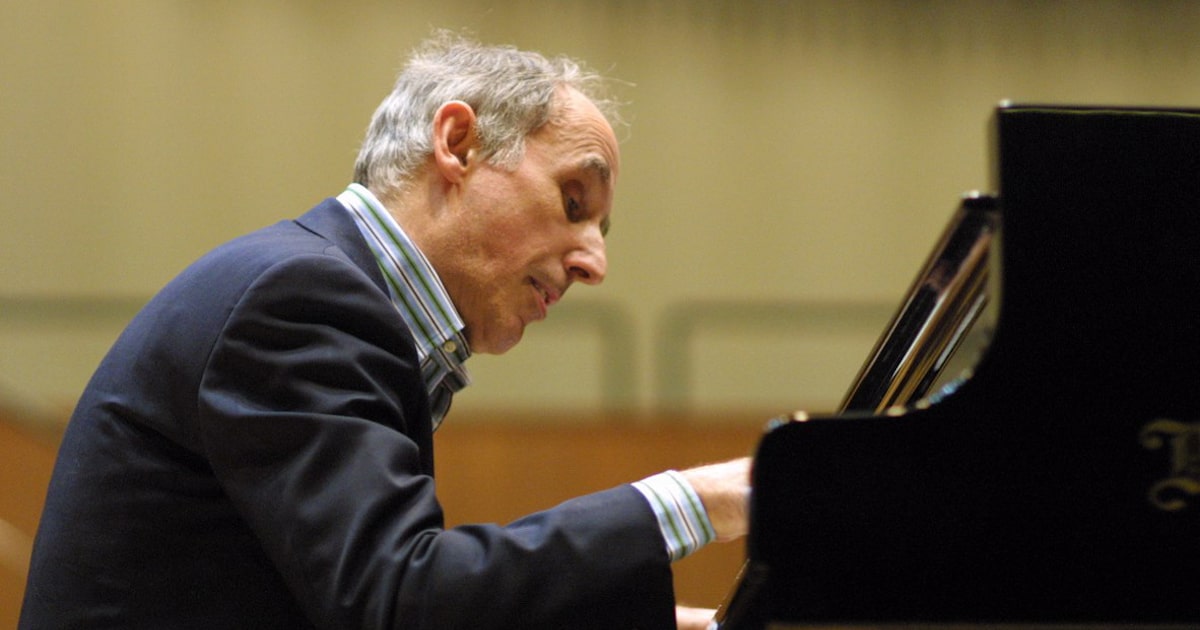 Born in Naples, Bruno Canino studied piano and composition at the Conservatorio Verdi in Milan where he taught piano for 24 years. Then, for 10 years, he gave a course in piano and chamber music at the Berne Conservatoire.

He has performed both as a soloist and a chamber musician in all the principal concert venues of Europe, the United States, Australia, Japan and China. For over 50 years he has been regularly performing with Antonio Ballista, his piano duo partner. He has collaborated with many prominent string players, such as Itzhak Perlman, Lynn Harrell, Salvatore Accardo, Viktoria Mullova and Uto Ughi and has played with leading orchestras including the Orchestra Filarmonica della Scala, Milan, the Orchestra dell’Accademia Nazionale di Santa Cecilia, Rome, the Berlin Philharmonic, the New York Philharmonic, The Philadelphia Orchestra and the Orchestre National de France, and with distinguished conductors such as Claudio Abbado, Riccardo Chailly, Wolfgang Sawallisch and Pierre Boulez.

Deeply interested in contemporary music, has has worked with many composers including Luciano Berio, Karlheinz Stockhausen, György Ligeti, Pierre Boulez, Bruno Maderna, Luigi Nono, Sylvano Bussotti and Mauricio Kagel often giving world première performances of their works. From 1999 to 2002, he was director of the Music Section of the Venice Biennale.

Bruno Canino’s recordings include Bach’s Goldberg Variations; Mendelssohn’s compositions for cello and piano (with Lynn Harrell); works by Prokofiev, Ravel, and Stravinsky (with Viktoria Mullova for a disc that was awarded the Edison prize); piano compositions by Debussy (including the Preludes), Chabrier (the complete piano works), and Casella.

Bruno Canino gives regular masterclasses in piano and chamber music in Italy, Germany, Spain and Japan and is frequently invited to serve on the juries of important international piano competitions. He is the author of the book Vademecum for a Chamber Pianist (Passigli Editions, 1997).

Next summer he is invited again at the Marlboro Chamber music Festival in Vermont, and he will visit three times  Japan.