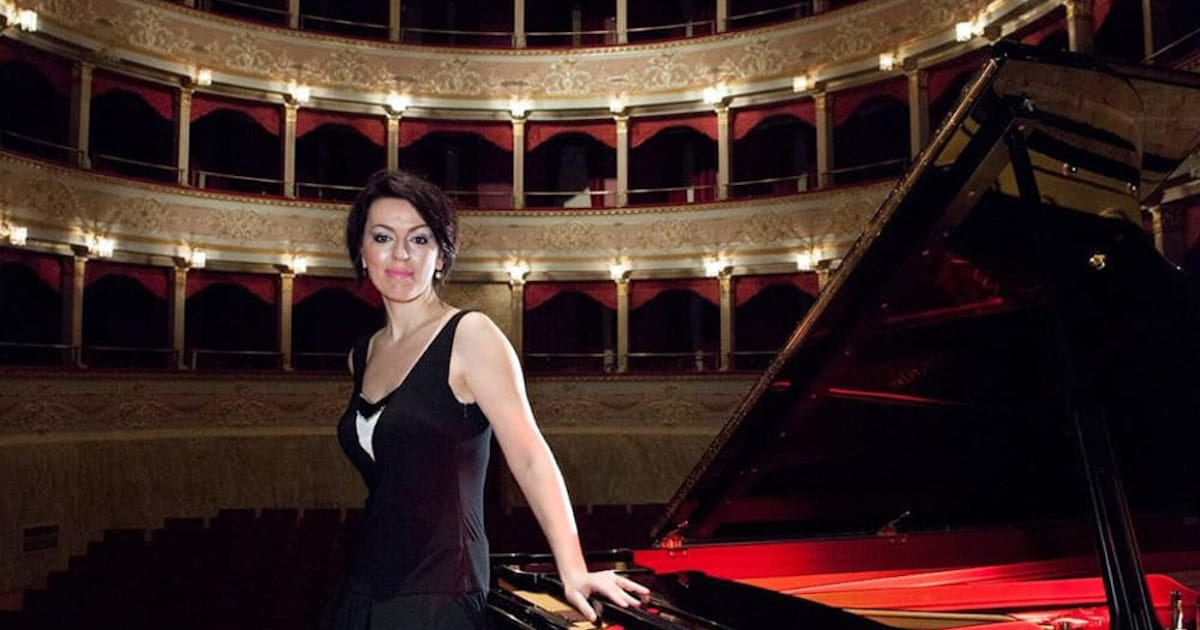 In Albania Marsida Koni is considered one the 100 Albanian Excellences worldwide. In fact she features in the “Albanian Excellence - 100 success stories. At the age of 22 she obtained a degree in Piano at Tirana University of the Arts, where she was immediately invited to teach. In Italy she obtained full marks cum laude for both her.
Diploma in Piano and for the subsequent specialization Diploma. She then studied under recognized masters such as F. Scala, L. Passaglia ( Student of A.Cortot), E.Pastorino (student of A. B. Michelangeli), E.Ashkenazy, P.Masi etc all of whom expressed their admiration for her musicianship.
Today she is involved in a busy concert schedule in Europe, the USA and Asia, both as a soloist and in chamber and orchestral ensembles.
She teaches at the Piano Academy that she founded in Perugia, and since 2017 she has also worked with the “F. Morlacchi” Conservatory in Perugia.
In 2018 the label Piano Classics (Brilliant Classics) released her CD “Albanian Piano Music” that gets excellent reviews on Musicweb-International (UK), Pianonews (Germany) and entry on the Top ten of radioclassica.fm.
In 2012 she was voted by the albanian public as one of the 100 Albanian Career Women in Albania and abroad. In 2014 the Perugia City Council awarded her the “Grifo d’Argento” for artistic merit. In 2017 she becomes honorary Member of Albania Excellence.
In 2018 like Missionary of Peace gets, from the Diplomatic Mission Peace and Prosperity (accredited in UN, EU, USA, NATO), the title of Honorary Ambassador of DMPP.