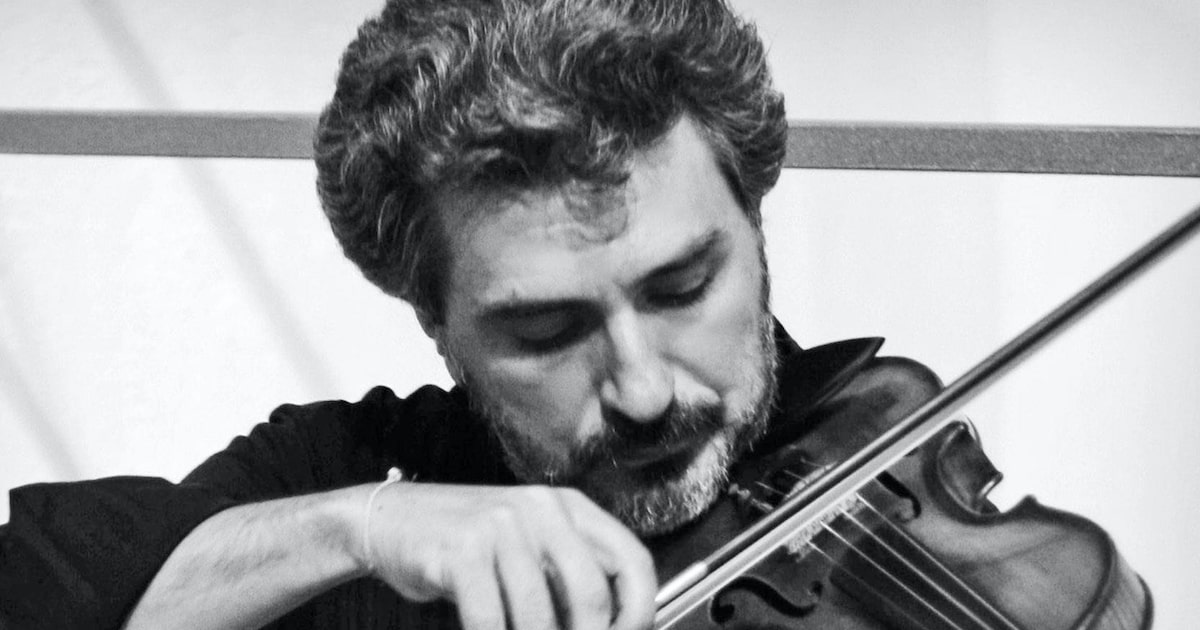 The  Skanska Dagbladet  wrote:  “Was many  years  that  the  audience  in Malmoe didn’t listen a so perfect performance”.

For the precocious talent and the uncommon natural skills, Gabriele Pieranunzi has imposed soon at the attention of the public and musical critics as one of the most important italian violinist of his generation.

Between the numerous statements in international competition which caracterised he’s entrance on the musical stage stands out the two awards at “N.Paganini” of Genua (1988, 1990), together with other important awards at very prestigious international competitions: “Tibor Varga” (Sion), “L.Spohr” (Fribourg), “R.Romanini” (Brescia), “G.B.Viotti” (Vercelli), “R.Lipizer” (Gorizia) and “Biennale of Vittorio Veneto”.

Graduating at 16 guided by Arrigo Pelliccia, he was later improved his studies with F.Gulli and St.Gheorghiu.

Invited many times by the Municipality of Genua to play on the famous Guarneri del Gesù “Il Cannone” – violin belonged to N.Paganini, he is regular guest of the most important italian musical istitutions like Accademia Nazionale of S.Cecilia of Rome, Accademia Chigiana of Siena, Teatro Regio of Turin, Teatro Carlo Felice of Genova, Orchestra Sinfonica “G.Verdi” of Milan, Teatro Comunale of Bologna, Teatro S.Carlo of Naples (where performed, under the musical conduction of J.Tate, K.Weill’s Concerto for violin and winds and Tzigane by Ravel), Festival dei Due Mondi of Spoleto, Settimane Internazionali di Musica da Camera at Villa Pignatelli of Naples and Settimane Musicali of Stresa, where executed the complete Sonatas for piano and violin by Beethoven. He is also a regular guest of various important musical istitutions around the world: Herculeesaal of Monaco di Baviera, Baden Baden Philharmonie, Rtsi of Lugano, Festival Bemus of Belgrado, Filarmonica G.Enescu of Bucarest, Wigmore Hall of London (Canino and Friends), City of Birmingham Symphony Orchestra (Paganini Concerto no. 2 “The bell”, dir. G.Noseda), Bournemouth Symphony Orchestra (Paganini Concerto no. 1), Franz Liszt Chamber Orchestra of Budapest, Malmoe Symphony Orchestra (Beethoven Concerto for violin, dir. G.Noseda), Opera City Hall of Tokyo.

In 2002, he was the protagonist of a tour in South America, wich culminated with the concert at “Teatro Coliseum” in Buenos Aires.

From 2004, after the assignment given to well-known, is the first violin of the orchestra of the Theatre of S.Carlo of Naples.

Very refined in the interpretation of the chamber music repertory, G.Pieranunzi has released the following CD:

Recently he recorded for “Concerto Classics” label a CD with K.Weill’s Concerto for violin and winds, together with the S.Carlo Theatre of Naples orchestra, conducted by Jeffrey Tate, L’Histoire du Soldat by Stravinsky and Suite Concertante by Milhaud, for violin, clarinet and piano, with A. Carbonare (clarinet) and E. Pieranunzi (piano).